Song Background from the Band

Dull My Brain is the first song and story on the upcoming 5 track concept EP by The Jailbirds, with classic rock inspired guitar riffs and 80s hard rock style vocals, this song has a fresh yet nostalgic feel as it brings you back to the 70s rock scene while still being new and exciting.

Dull My Brain starts off the storyline following our main character through his struggles with addiction. He is battling whether or not he should quit smoking and doing drugs, on one hand he loves it and on the other he feels that maybe there will be long term consequences for his actions. He is afraid that he might be hurting himself.

After this song, we follow the character through other instances in his life while battling with anxiety/depression, his love life, people in his life that take advantage of his good nature, and more. All of the songs stand on their own, but also follow a linear timeline.

In this song you can hear heavy influence from some of the boys’ favorite bands including Guns N’ Roses, Van Halen, Deep Purple, and the like.

Background of The Jailbirds

Over the course of the last four years, the power trio THE JAILBIRDS – consisting of the intricate guitar work and powerful vocals from Myke Penney, the sludgy bass lines of Liam Hills, and the pounding drums of Eric Parent – have performed extensively across Ontario demonstrating, both in the studio and on the stage; they’re a band you simply must hear.

Winners of Best Rock Band at the 2018 Mississauga Music Awards (Canada), THE JAILBIRDS and The Black River have drawn comparisons to the likes of BlackmSabbath, Soundgarden, Royal Blood and Alter Bridge, among others. THE JAILBIRDS have established themselves one of the most promising up and coming independent bands Canada has to offer with a sound that is equally rooted in the rock and roll of today as it is in that of the ‘70s and ‘80s.

2019 has proved to be a huge year for the band. Beyond releasing their debut studio EP The Black River, THE JAILBIRDS have received strong critical acclaim, including being featured on the esteemed Hamilton/Burlington based radio network, Y108 Rocks! The record and band have received a phenomenal response from their dynamic live performance.

It’s no secret on this blog that I LOVE classic rock, hair metal music because that’s something I grew up on and this song hits all the right points for me.

Let’s talk about vocals for a second because coming from a singing background that’s usually where I gravitate when it comes to a song, at least I’m trying to think about it critically.

I think that the vocals fit perfectly with the vibe of this song both in that there in a higher register but also that they have a lot of forward placement which gives them a bright and kind of snappy sound. More than that, being able to hit those high cry-notes is so 80’s metal that it makes me smile every time I hear it.

The other thing that stuck out to me about this song was that it bounces. Usually I use that term when I’m talking about dance music specifically but in this case it’s having a very forward feeling momentum and having a lot of energy to the song. And usually what makes a song bounce is the percussion side. So this is drums and bass.

I tried to focus in on those elements specifically. That’s not to say that the guitar isn’t great in the song and all of the other elements going on in the music side but I wanted to key in on this specifically because I think it’s very fundamental to why the song moves the way that it does.

I’m not great at picking out bass lines a lot of the time unless it’s forward in the mix so I ended up sticking with drums mostly when I was listening through.

First thing that I noticed was that there’s a very steady lower beat–and I’m sorry but I don’t know how drums work so I don’t know what terminology. But there’s a steady beat and over top of it is a hi-hat which is twice as fast. You have is this kind of back-and-forth between these two elements on the drum kit that are slightly paced differently. So having that faster hi-hat picks up the momentum of the song but having that steady lower beat underneath of it gives it more of a swing feel to it which I think is a nice quality to have in a song like this.

Overall this is a really fun song and it fits into the kind of music I love–so I have saved it to my Spotify and I will listen to it again because I like it.

I’m interested in hearing what else The Jailbirds have written and if it falls into a similar sound. I haven’t had time yet to go back and listen to some of thier other stuff but I’m excited to go back through their catalogue and to see what else they have coming.

I think it’s great to find bands that find influence from these older bands and sounds that I enjoy and wish more people would bring forward into more contemporary music. 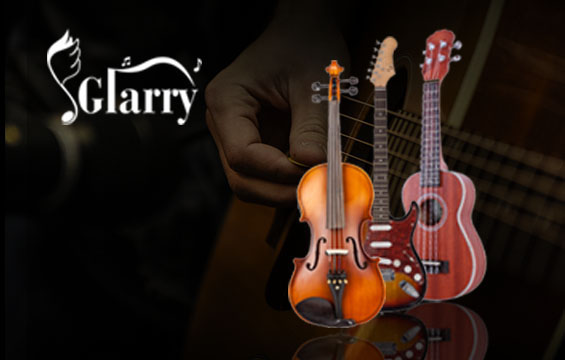 One reply on “‘Dull My Brain’ by The Jailbirds [Song Review]”